Our planet is in danger. Climate change, as a more visible expression of the socio-ecological crisis, is a reality. Extreme events, the destructive expansion of the neo-extractive model throughout territories, its multiple impacts, the toxic elements in our food, the threat of energy collapse … all make the inhabitants of both countryside and city, a daily basis, aware of looming disaster: the tail of a boogie monster inhabiting the dark. Unfortunately, this sense of helplessness and crisis has not always served to initiate public debate on these very pressing issues and to think about the critical situation of our socio-natural systems, the consequences of the advance of the commoditization of nature, and the need for a new civilizational paradigm. We have also learned, however, that this tremendous predicament is not the only boogie monster’s tail.

Political regression shakes numerous societies, in both the Global North and South, where the radical right is advancing and opening the door to different forms of social fascism.

In this regard, the relationship between progressivisms and conservative shifts is not linear, although polarization has opened new windows of opportunity. What is new in Latin America is not the polarization of the progressive cycle, now concluded, but rather the fragility of the emerging political scenario. Latin American-style post-progressivism poses the threat of a backlash, of a virulent reaction against expanding social and personal rights, of a return to repression capable of spreading through dangerous chains of equivalence and joining up with both the new traditionalist rights and religious fundamentalisms.

In Brazil, these social tendencies surprisingly found a political-electoral translation and convergence, giving birth to a radical new right. In Argentina (and probably in other countries) they aim to smash the most powerful social movement to have emerged in the last 30 years: anti-patriarchal feminism, exemplified by the fight for legal abortion.

Certainly, there is nothing written in stone to declare that authoritarian reaction has come to stay, since there are many egalitarian forces sweeping the continent guided by different traditions of struggle, from those that are intensifying anti-neoliberal action to resist the return of darkened times (trade union organizations and urban socio-territorial movements) to those that embody the expansion of new rights and strive to open up to other civilizing horizons (feminist movements, sexual diversity, socio-environmental and indigenist struggles).

Even so, we have to understand what is happening in Brazil and even – although in a more constrained fashion – in Argentina and other countries as the symptom of something deeper, present in all Latin American societies and more in tune with what is going on globally. In a post-progressive context marked by new social conflicts, greater inequality, growing social disorganization, a pressing socio-ecological crisis, punitive language, crises in political parties, and the emergence of new right-wing groups, the routes of savage polarization not only open up the possibility of a 1990s-style conservative/neoliberal shift, but also bring to light deep-seeded trends running through society, sowing and legitimizing anti-egalitarian narratives and behaviors leading to fascism that were thought to be eradicated and that plunge democratic rights and values into a great quagmire. As happened in Brazil with almost breakneck speed, these tendencies translate into a transitional threshold leading to a grim political, social, and cultural decline.

We must be alert, sound the alarm, support, stand by, and mobilize democratic social forces more than ever, especially those that seek to open new horizons of social and environmental justice, that spur on the propagation of new rights, and that fight reactionary and anti-egalitarian ideologies. 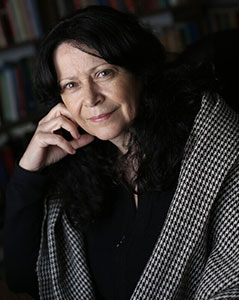